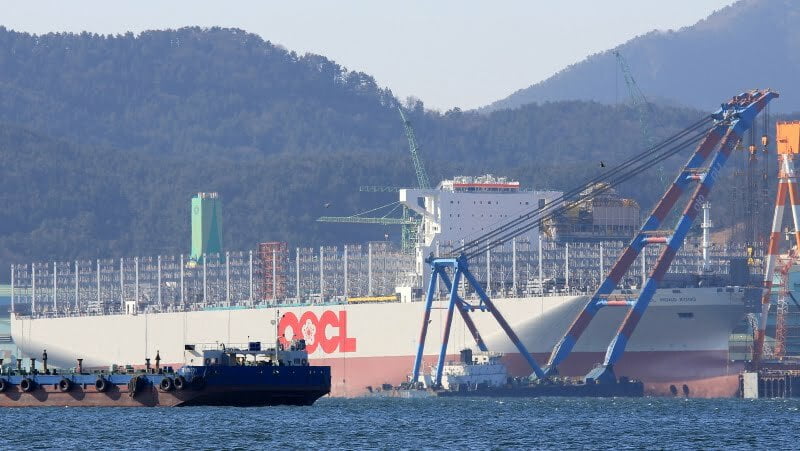 The OOCL Hong Kong will be a titan among containerships at sea, with a carrying capacity at 21,413 TEU. OOCL will manage a new Ultra Large Container Vessel (ULCV), while the world’s largest shipping companies compete to expand their fleets.

In fact this new vessel record is one month later than delivery of the 20.568 TEU Madrid Maersk .

The OOCL Hong Kong will be serving the Asia-Europe trade lane on the LL1 service with stops in Shanghai, Ningbo, Xiamen, Yantian, and Singapore, and via Suez Canal to Felixstowe, Rotterdam, Gdansk, and Wilhelmshaven, before making its return leg.

The vessel is the first of six identical ships ordered by OOCL at SHI in April 2015 for a total cost of USD 950 million. Faced with increasing competition and cost pressure, shipping companies are taking the step to use larger ships, quality and high efficiency in order to compete effectively in the transport of containers.